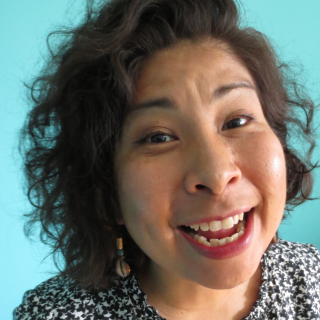 All posts on "wild rice dreams" features original content and photos by Vera Wabegijig and is licensed under a Creative Commons Attribution 4.0 International License. It may be re-posted freely with proper attribution, author bio, and this copyright statement. Miigwech

a whole bunch of tags

ziisbaakdooke refers to the making of maple syrup & harvest time

one of my teachers, jean akiwenzie from neyaashiinigmiin (cape croker first nation community) said, to the anishnaabemowin class that i was in, anishnaabeg always shared knowledge. she continued to say, knowledge is important and the more we share the better off we’ll be now and in the future. debwe! true!

i haven’t checked out the app store on my ipad for a while and today / noongom / i did. there’s a few extra apps in the apple store / mshiim dawegamig.

i went to the apple store today

a place called m’chigeeng (located on mnidoo-wni-mnising / spirit island / aka manitouland island) have created some amazing resources. anishnaabeg njibaad /the good people from m’chigeeng are creating anishnaabemowin resoucres for the people to learn today. it’s called the m’chigeeng language revival project and they’ve created the nanabush app, which you can find in the apple app store. i’ve tested out the app and it’s pretty awesome. there’s a memory game that focuses on the anishnaabemowin sound chart. it’s pretty handy as a start to the day. and it’s free. we love free!

manitoba indigenous cultural education centre inc also created the babaamosedaa app, which can also be found in the apple app store. i’ve also tested it out and you can hear a story about going for a walk all in the language. you can also follow along with the text. there’s a glossary of words and you can select individual ones to hear the words. nishin! good! and it’s free too! gotta love it!

the last app that i downloaded comes from the university of michigan that has an undergraduate anishnaabemowin program. there’s lots of great resources on their website. they partnered with a few other organizations to create a learning tool of anishnaabe culture. it’s a memory game mikan zhinkaazid / it’s called mikan where you see an object and learn the word for it. and you guessed it, it’s free! hoLA!

like other languages around the world, anishnaabemowin also has various dialects. what’s a dialect? it’s how the language is spoken from various communities. for instance, people who speak french often have a different dialect depending where they grew up. such as a francophone from gatineau quebec will have their own dialect compared to a francophone from halifax nova scotia or from paris france.

our languages need to celebrated. our dialects tell each other where we’re from. it’s fantastic!

miigwech / thank you for following along.